“The process was very easy with Telcom, with good followup from Danny. The lead time was quite short, and Telcom were able to provide a great service very quickly.”
Andy from Event Support UK

In September 2016, Cirque returned to Manchester after over 5 years for its spectacular show Amaluna, loosely based on Shakespeare's The Tempest. Open for a month across September and October, the performance was based in a big top next to the Trafford Centre. The open space was ideal for the show, but it also brought some challenges… 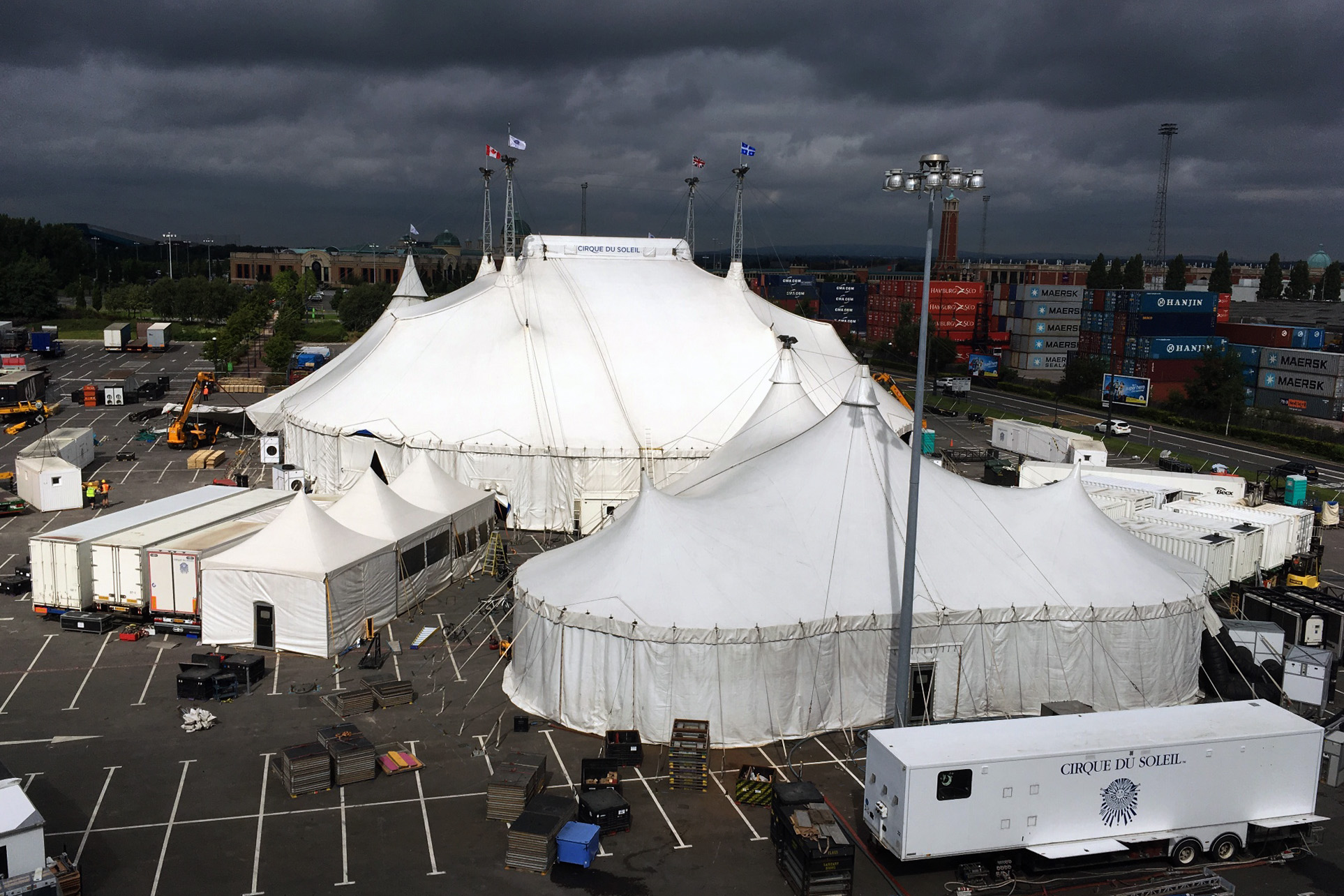 Cirque relies on an internal, site-wide internet connection to access their intranet and technical documentation, run their box office POS, keep on top of the team’s emails, and communicate with headquarters in Montreal, Canada.

Since the show was located in a big top on a piece of open land, there was no existing internet infrastructure for the troupe to connect to.The company needed to get a reliable internet connection as soon as possible while they prepared the site before starting to rehearse for the show.

Event Support UK, the live event company working alongside Cirque du Soleil, selected Telcom for our reliability and speed of installation: within a week from our first call, our engineer team mounted a 25-metre mobile mast able to receive ultrafast internet and distribute it around the show’s perimeter.

Amaluna was in Manchester for 5 weeks

Our team brought our own infrastructure to the site, connecting the land to ultrafast internet via our hybrid fibre-wireless network. Site-wide internet became available during the weeks of preparation, and throughout the 5 weeks Amaluna was showing live in Manchester.

Thanks to the connection, the troupe and staff was able to stay connected to HQ in Canada, access the shared database, and run their box office.

We look forward to Cirque coming back next time!

Our high-speed temporary internet is ideal for short-term applications such as events, festivals, pop-up shops. We connect indoor and outdoor events to ultrafast broadband that integrates with your infrastructure and makes your event even more engaging.

Temporary event Internet
Organising an event? Get in touch with our team - we'd love to help!
More details